Home > Blog > Bugs and Critters That LOVE Your Pantry

Bugs and Critters That LOVE Your Pantry 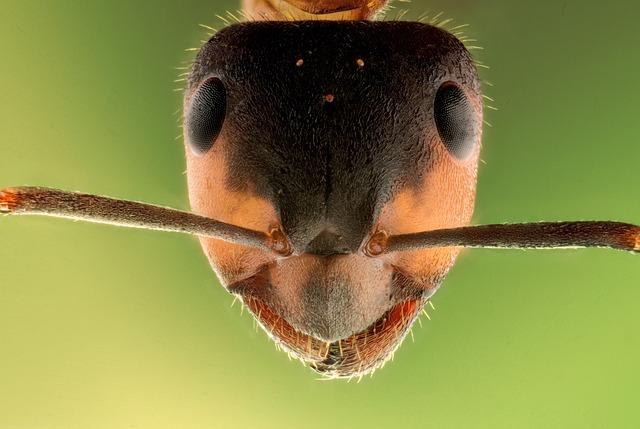 More things raid your pantry than just hungry teenagers. Bugs and critters basically spend their lives doing everything they can to get into your dried food and starting their own kingdoms. Because nothing is worse than opening a sleeve of cookies on a Friday night only to discover that something’s feasted on it before you’ve had the chance. Here is a list of the most common bugs and critters that like to frequent your pantry, whether they pose a risk to your health or not, and what you might be able to do about them. 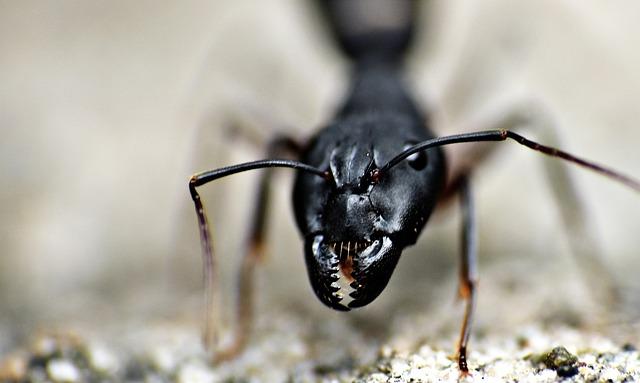 Part soldiers, part bank thieves, ants seem to devote their lives to establishing complex supply chains, with your food as their raw material. Pharaoh ants (also called “crazy” ants) are drawn to sugar and sweets, while little black ants (sometimes called “rovers”) prefer proteins. The best way to avoid ants is to sweep up crumbs, but some home remedies include sprinkling bay leaf or salt and pepper near an infestation, and store-bought traps are also an option if it seems like the situation is still manageable. While ants don’t pose a serious health threat, their infestations can grow to become overwhelming, especially in the summer months. 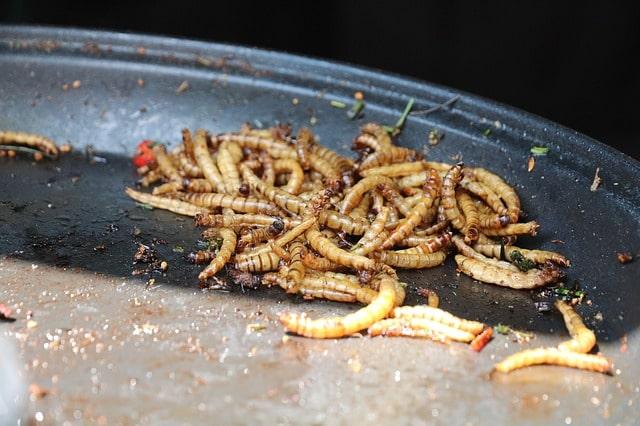 Mealworms like to eat moist foods ranging from meat or fish to flour or birdseed that has been improperly sealed. They are larvae of the mealworm beetle, which enters kitchens through cracks in the wall. At first glance, mealworms can look like maggots, but move like caterpillars. Ironically, they may actually be good for you to eat, according to the European Food Safety Authority. But we wouldn’t blame you for passing. 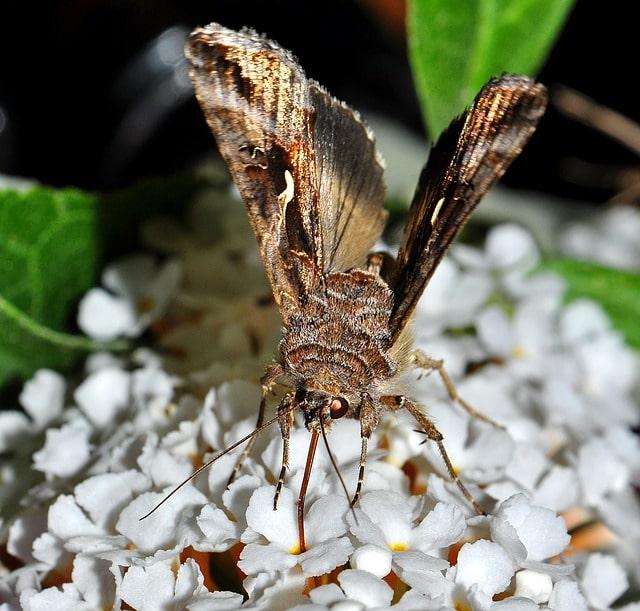 The Indian meal moth differs from the typical moth because of its taste for pantry foods, including grains, dried fruits, nuts, and cereals. Identifiable by its coppery wings, adult females lay their eggs on food so their larvae can consume it. While Indian meal moths don’t rank high on the danger index, food they infest will have clusters of webbing on it, which is actually byproducts including excrement and dead skin–so be sure to throw any infested food out, and seal all grains and dried foods tightly. 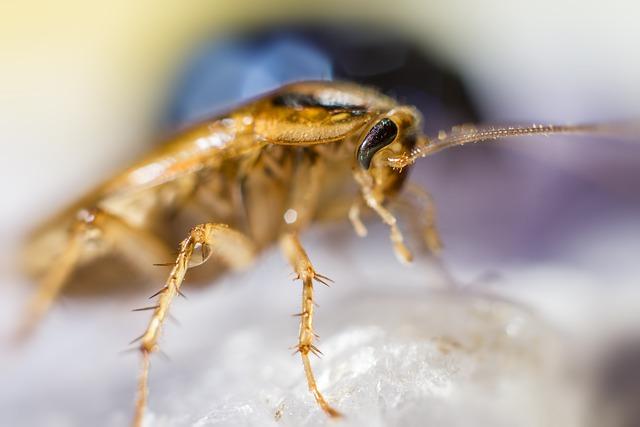 Even the most spotless home isn’t impervious to a cockroach infestation, which can occur when cockroaches infiltrate your home via grocery bag, suitcase, or in the lining of your clothes. They love warm, moist areas like your pantry, and are known to feed on pantry foods that have been left open as well as rotting garbage–and not always in that order. Because common variations like the German cockroach can carry disease, and rank higher on the danger scale, it’s recommended that you seek professional pest control when you spot these bugs in your pantry.

The saw-toothed grain beetle feeds on pantry staples like flour, cereal, dried fruit, and even dry pet food. Their name comes from the easily identifiable, saw-like teeth on each side of the thorax. Adult beetles are known to wander away from the grain supplies they’ve infested, so if you see them in your cupboards or elsewhere, it’s a pretty good indication that one of your grain or dry food products has a larvae infestation 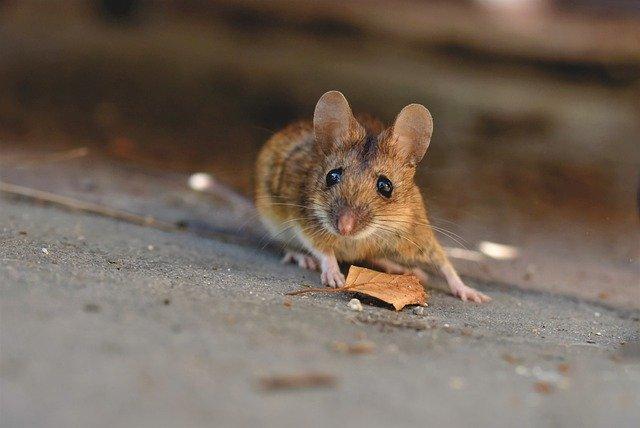 Not all pantry pests are creepy crawlers. Some of them scurry, fast. Infestations of mice and small rodents can be distinguished from smaller insects in tactile ways, like examining the size of the holes chewed in the side of grain storage bags. Mice pose a serious risk of carrying disease–bubonic plague, anyone?--so don’t let infestations get too far out of hand before calling in professional help. 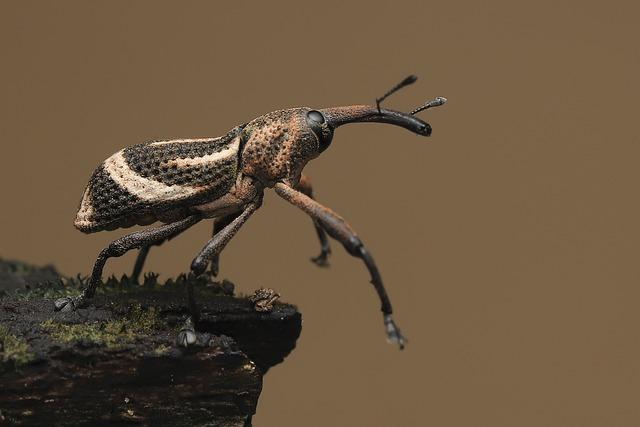 Granary weevils are a type of beetle with the potential to spoil whole stores of grain. Rice weevils attack rice, corn, wheat, cereal, nuts, and even fruits, while bean weevils target dried beans and peas. In a classic example of “you are what you eat,” rice weevils can be distinguished from bean weevils by their shape: the bean weevil is rounded, while the rice weevil is slenderer. To repel weevils, deploy black pepper in your grains, and wash fruits when you get home. Another possibility: sprinkle a small amount of peppermint oil on dried grains.

Especially here in North Carolina, you should keep on the lookout for cigarette beetles. While they do eat pantry items like cereals, nuts, spices, and even pet food, cigarette beetles are known for feeding on tobacco products. They’re small, with a humped appearance, and invade homes through windows, door gaps, or cracks in a foundation, as well as via contaminated grocery store purchases. They can also chew through cardboard to get after their prey.

In whatever form they take, pantry pests range from the annoying to the downright dangerous. Don’t hesitate to call in professional help if you find substantial evidence that your pantry has become a breeding ground for these critters. Contact us today for a free estimate on the help you need.