Home > Blog > What To Do If You Have a Spider Infestation

What To Do If You Have a Spider Infestation

Spider infestations are not an uncommon occurrence in North Carolina, and they can cause trouble both indoors and outdoors. We see a broad range of different types of spiders in this area, from the essentially harmless to seriously venomous. Different breeds of spiders have different appearances and different levels of threat, which makes having a little bit of knowledge on the different kinds of spiders in the area and knowing what to do to treat them especially important. Let’s look at the scope of different spider breeds, and what you can do to address a spider infestation. 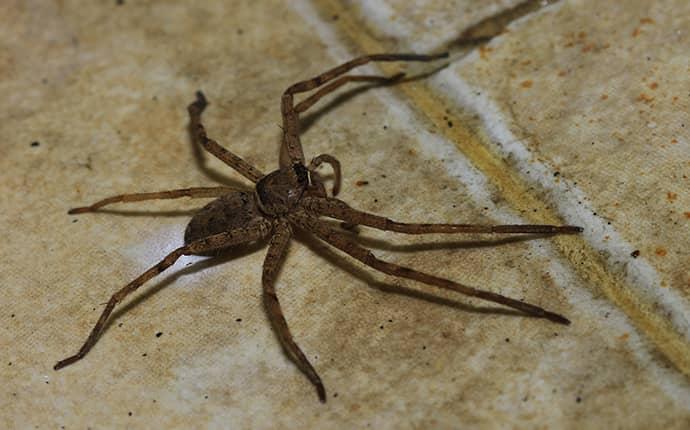 What Kind Of Spiders Do I Need To Worry About?

As the name implies, this category of spider can be irritating and unnerving at first (and probably second and third) glance, but not dangerous; you certainly don’t want them in your home, but they also aren’t venomous. These spiders come in a number of breeds in western North Carolina, including:

Far less numerous, but far more dangerous, there are two types of very venomous spiders that are cause for major concern if you spot them in or around your home or business:

What Are the Signs and Causes Of a Spider Infestation?

Signs of a spider infestation are pretty straightforward, if you know where to look. Most spiders like to hide in dark places, so if you have a cellar or garage, those are the most likely locations find them in the home; spiders will also hide in gardens because of their shady environment and the wealth of insect prey. One surefire sign is spider-webs: if you notice a large amount of webs scattered about an area, there’s a good chance there are spiders occupying those webs, even if they aren’t immediately visible. Egg sacs, which are spider-sized, circular, structures built to carry hundreds of tiny spider eggs, are another sign that a swarm of spiders has decided that your space is a good place to breed.

Spider’s look for one key thing when choosing a home: food. If spiders have taken up residence in your home or business, there’s a good chance that you also have a problem with a different pest that spiders eat, be that mosquitoes, flies, or some other insect. They’ve decided on your space for a reason. Some spiders also are attracted to moisture (as are many other insects), which is why they are often found in parts of the house where moisture buildup is common, such as attics, basements, and gardens. Spiders will enter the house through cracks and crevasses, so if you have unsealed entry points and a food source, your home or business is susceptible to an arachnid invasion.

I Have a Spider Infestation. Now What?

A-1 Pest control has a wealth of experience in eliminating pest infestations of all kinds, and spiders are no exception. With our year-round residential pest control plan, we can get rid of spiders and the pests that attract them, and make sure that they don’t come back. If a spider problem is hitting your business, we have a multi-step Integrated Pest Management (IPM) plan that includes consultation, solution planning and implementation, and monitoring, so that you can rest easy knowing once we eliminate any spider and spider-related pest problem, they’ll stay gone.