Home > Blog > Different Types of Spiders and Their Beautiful Webs

Different Types of Spiders and Their Beautiful Webs 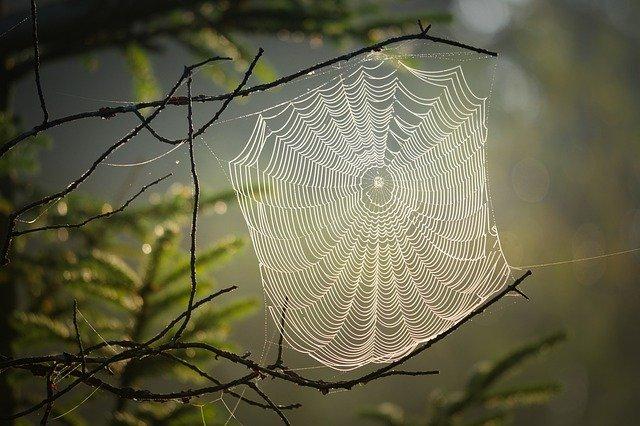 Spiders are creepy but they can also be...beautiful? North Carolina has lots of spiders that you might not like to see in your house, but many of them spin some truly gorgeous webs that will stop you in your tracks. Here are some different spiders, and some of the beautiful webs that they weave.

North Carolina Spiders and Their Webs

Black Widow spiders are poisonous spiders found in North Carolina, most easily identified by their shiny black bodies and red “hourglass-shaped” markings on their abdomens. They frequently nest in electrical, water, and telephone equipment boxes outdoors, and around homes. These spiders may be found in crawlspaces, beneath appliances, and usually in corners that are dark and damp. Because of the nature of their venom, black widow bites can cause an unpleasant reaction that can include symptoms like nausea, elevated blood pressure, and tremors. While you certainly want to stay away from black widows, their webs are quite interesting compared to the common spider web. They look something like this: 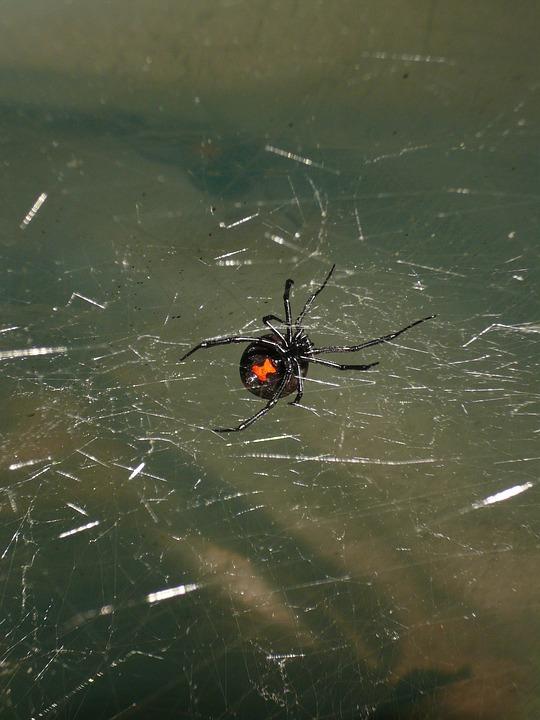 Black widow webs are a little more...chaotic than some of the spider webs you’ll typically see, and they are usually constructed close to ground level -- something that distinguishes them from most other spider webs.

Orb-weaver spiders are named for the circular and intricate webs that they weave -- so you know that their webs are something to behold. For example: 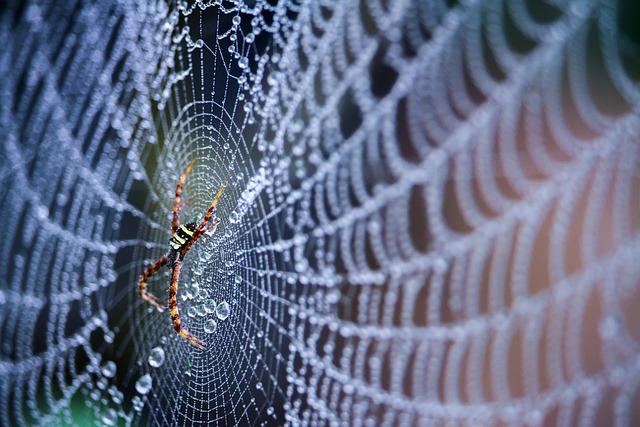 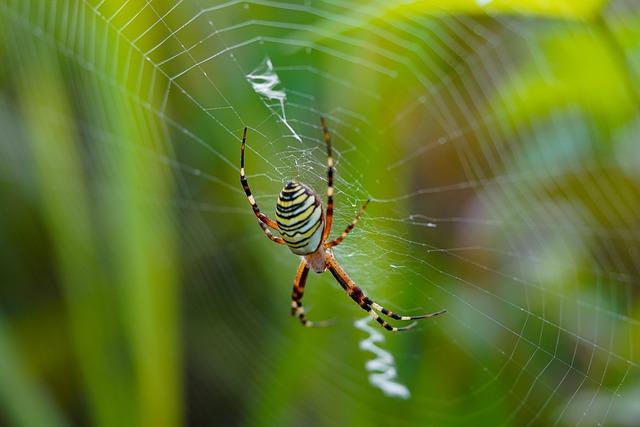 These webs, unlike those of the black widow, fit the bill for what you think of when you think, “Spider web”.

So, they have pretty webs, but are orb weaver spiders, well, dangerous? In truth, not especially. Typically, the type of orb weaver found in North Carolina is the Yellow Garden Spider, and these fellows spend most of their time in and around gardens. On top of that, their presence in your garden can be beneficial because they catch and eat outdoor nuisance insects like flies and stinging insects like bees, wasps, and hornets.

Other Spiders and Their Webs 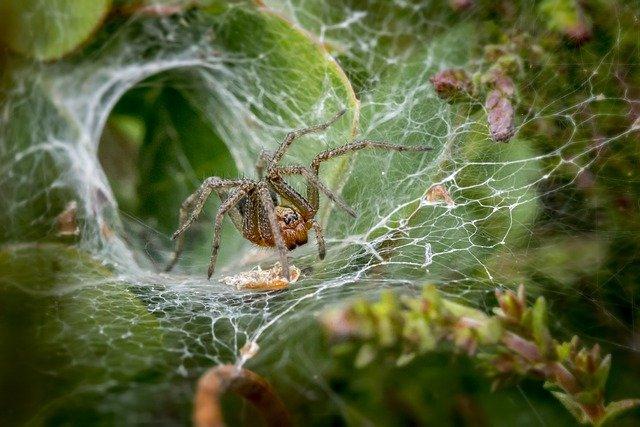 Funnel-web spiders (AKA Sydney funnel web spiders) are typically found in the 60 miles or so area surrounding Sydney Australia. Although they don’t pose a threat to us North Carolinians, they do create some pretty unique-looking webs!

Unlike more conventional webs, these webs are funnel-shaped and are often spun on the ground, with sort of web “trip lines” and a quasi-trap door that will trap their prey.

The internet is chock-full of gorgeous pictures of spider webs, with no spider in site. Here are a few of our favorites:

Coming across a spider web in nature with rain droplets on it can be a jaw-dropping experience. 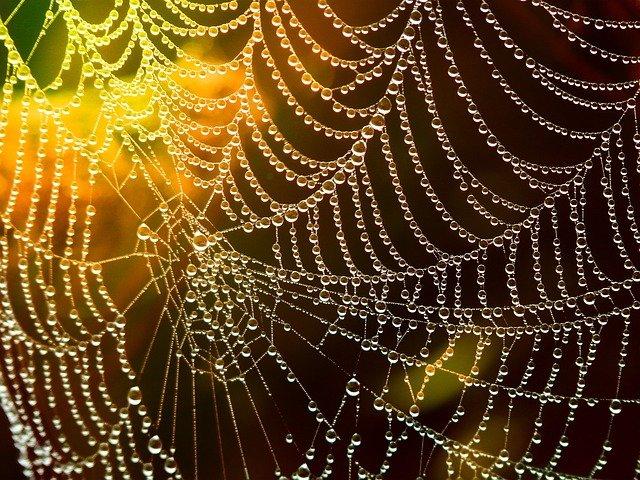 While some are simply breathtaking because of their intricacy. 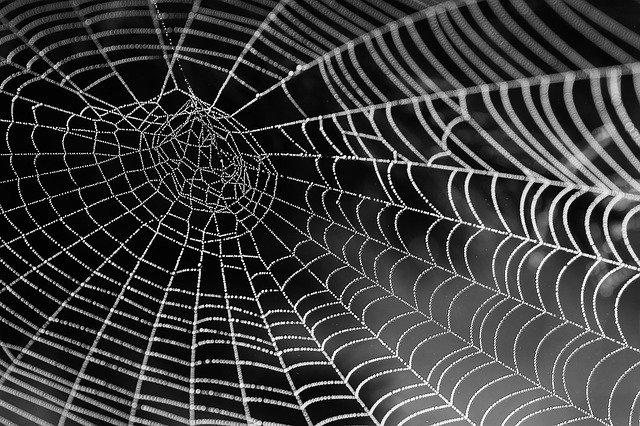 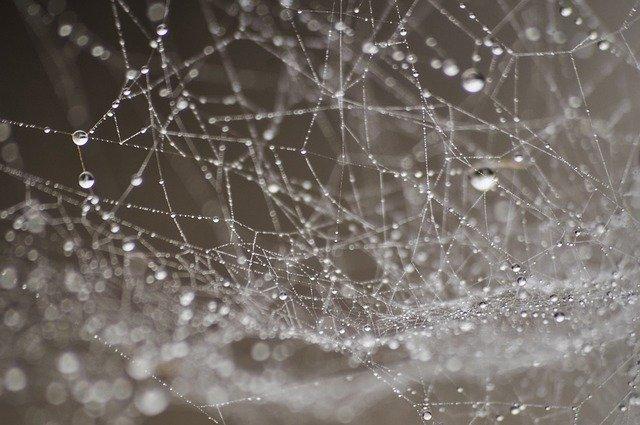 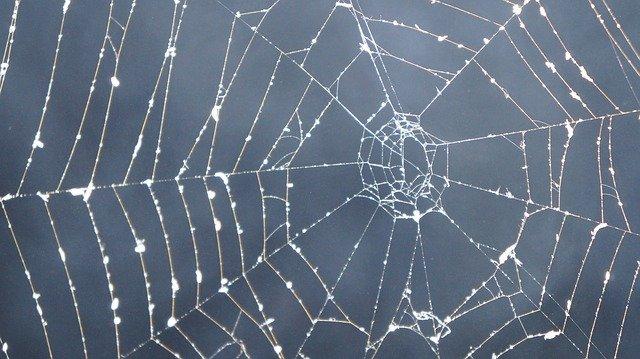 What To Do If You Have a Spider Problem

While most spiders in North Carolina are more or less harmless, Black Widow Spiders and Brown Recluse Spiders actually have a bite that can be dangerous to humans, and at some point, a spider infestation of any kind can become unpleasant. A-1 Pest Control can help with that. Our Home Shield program treats homes for spiders and a number of other nuisance insects that attract them, like ants and crickets. Learn more about our Home Shield program here, or get in touch with us and we’ll answer any spider-related questions that you have!