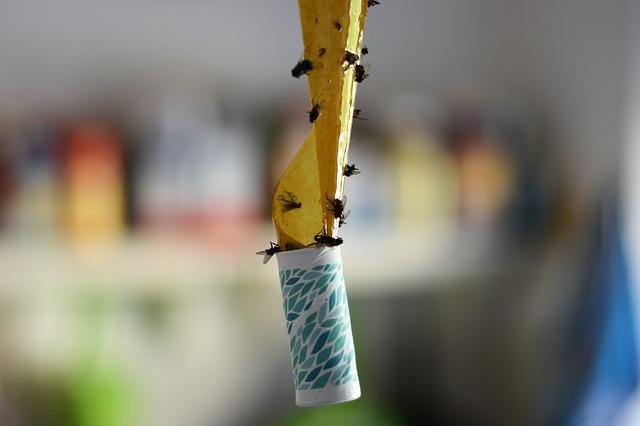 Do it yourself insect control is a big industry; there’s no doubt that you’ve seen dozens of different companies selling a “simple solution” to make any insect problems that you’re having magically disappear with just one simple purchase. But the truth is that some of these products simply don’t do the job that they are claiming to do. We took a look at some common store-bought insect traps and determined if they actually work.

Bug zappers are a super appealing product. They emit UV light that attracts insects and then zaps them; how could that not solve your insect problem? Well, according to the New York Times, it’s a matter of the types of bugs that bug zappers are actually attracting. A University of Delaware study cited in the Times article found that over a 10-week period, 13,789 insects were killed by the 6 bug zappers that they were tracking. That’s a lot, right? There was just one problem: only 31 of those nearly 14,000 insects were biting flies (including mosquitoes), which is equal to .22%.

The Verdict: Bug zappers work if you want to indiscriminately kill bugs, but they don’t do much if you’re trying to prevent the really nasty ones, like mosquitoes and other biting insects.

You see a spider crawling around your kitchen. You get worried about other spiders, so you go online and buy a few adhesive traps to put around the house. When you check the trap, you see a spider, some ants, and a few other small insects trapped in the glue. Problem solved, right? Not exactly. Some bugs in an adhesive trap are usually only a small indication of a larger problem. This can make them useful to you, or to a pest control company because they help both of us understand what kind of infestation you’re dealing with, and where the insects are coming from.

The Verdict: Adhesive traps are useful tools to ultimately reach a solution when it comes to insect infestation, but they are not themselves a solution to the larger problem.

So we know that purely a UV light-based bug zapper isn’t going to do much for your outdoor insect problem. But what about CO2 mosquito traps? This newer technology essentially emits carbon dioxide gas to mimic human breathing, and then uses a fan to suck mosquitoes, flies, and other insects into a chamber, trapping them. But do they work? Because these products are relatively new, there haven’t been comprehensive studies done to determine their actual effectiveness. However, we can pretty safely say that if you’re dealing with a serious outdoor insect problem, one of these machines will at the very most do some minor mitigation; they won’t truly solve the problem.

The Verdict: TBD, but they aren’t large enough to get rid of an infestation.

It might seem cliche, but the truth of the matter is that store-bought insect traps are only capable of doing so much when it comes to insect control -- and as we saw with bug zappers, many of them can be misleading. The truth is that getting to the root of any serious insect problem is a collaborative effort that involves homeowners and a professional pest control company. Professional pest control companies like A-1 Pest Control consult and guide you to take measures to mitigate your insect problems and implement a number of solution-based professional techniques. That’s something you can’t just buy at the store.

Having problems with North Carolina insects on your property or in your home? Get in touch with us and we’ll be more than happy to start solving your problem!