Raccoons, Squirrels, and Bats, Oh My!

Three of the most common perpetrators are Raccoons, Squirrels, and Bats - and while these animals may seem cute and cuddly from afar (yes, even bats), when they’re causing damage and making a mess in your home, you soon discover that they can quickly become the kind of nuisance that can ruin the nice weather and make your October stressful. 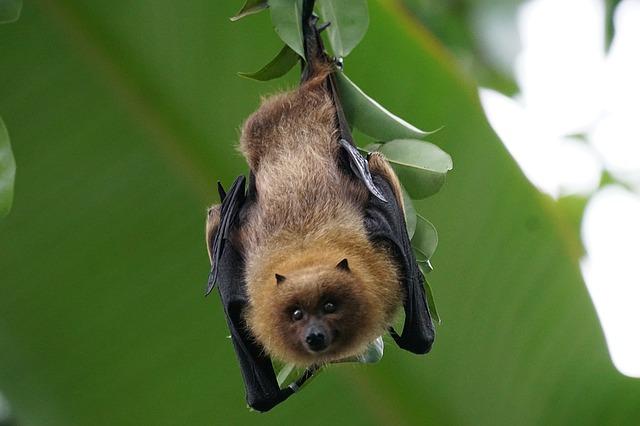 October in North Carolina means that temperature finally starts to cool down to a more manageable level; it also means that specific wildlife become much more active in their attempts to get into your house. W​hich wildlife​, you ask? Three of the most common perpetrators are Raccoons, Squirrels, and Bats - and while these animals may seem cute and cuddly from afar (yes, even bats), when they’re causing damage and making a mess in your home, you soon discover that they can quickly become the kind of nuisance that can ruin the nice weather and make your October stressful.

That’s why we’re here: to give you information that will act as your first line of defense. Knowing how to protect your home from an infestation OR how to identify an existing one is the first step to keeping a critter-free home through October and beyond!

Despite the rumors, raccoons are not rodents, but are their own type of carnivore altogether (known as procyonids, if you were curious!). Fully grown raccoons are about the size of a housecat; they measure at between 2 to 3 feet in length, and can weigh anywhere between 10 and 30 pounds. They have bushy tails that measure between 8 and 16 inches long, and fur that is a “salt and pepper” color. They are also well known for the black “mask” of fur that covers the area around their eyes - which has given them a reputation for being sneaky. While they typically walk on all 4 legs, they sometimes are also bipedal when they are carrying things.

What are Signs of Raccoons?

Despite their “sneaky” appearance, raccoons are in reality pretty loud due to their size and distinctive barks and growls. If a raccoon has made its way into your attic, you will likely be able to hear it shuffling about. A raccoon may not have made its way into your home yet, but could very well be lurking around your property to determine if it is a good place to settle down; in this case, you will be able to identify their paw tracks, which are 5 toed and roughy 2X2 inches for the front paws, and 4 inches in length for the back paws. Raccoons will also leave behind scat (or poop) around the yard or around the roof or attic if they are already indoors

Raccoon damage to a yard or home is also distinct: torn up insulation, chewed up wires, bent rain gutters, and damaged siding are all signs of a raccoon presence indoors. Dug out parts of your lawn or garden, torn down bird feeders, and a damaged/knocked over garbage can are also signs of raccoons.

As if you needed another reason to be wary of raccoons, they don’t just cause structural and yard damage; they are also the carriers of multiple diseases. Some of these diseases include:

Each of these diseases are transmittable to humans and pets alike, and can cause a wide-ranging severity of symptoms - from fever and nausea to kidney failure and vision loss. In other words, a raccoon infestation is nothing to play around with.

Eastern grey squirrels are the most common type of squirrel found in North Carolina, and they are known to spend most of their time in trees. Grey in color, as their name implies, these squirrels can grow to 14 inches in length.

What are Signs of Eastern Grey Squirrels?

While typically confined to the outdoors, these squirrels have also been known to invade attics and even walls in search of nesting material and warm, safe shelter. Similar to a raccoon, they will cause damage to insulation, and will also go after bird feeders. If you have a garden or a fruit tree, this will also quickly become a target if you have these nuisance squirrels in or on your property, and they can cause serious damage to any crops you may be growing. You may also be able to identify them through sound, recognizable for their mouse-like squeak and chatter.

These critters do carry diseases transmittable to humans, most notably tularemia and ringworm. On top of that, they are also known to be carriers of other undesirable creatures, like fleas, mites, and other parasites.

There are two especially frequent types of bats that are present in North Carolina:

Little Brown Bats- T​hese bats are very small: they grow to 3 3⁄4 inches at full size, although they do have leathery wings that can give them up to an 11-inch wingspan. Fur color is a dark brown with a touch of gray here and there, while their ears are round with a black hue.

Big Brown Bats- T​hese bats can grow up to 5 inches in length with a 14 inch wingspan; they have a body shade that ranges between light brown and darker brown, with ears, feet and faces that are a consistent dark brown.

What are the Signs of Bats?

Signs of bats are relatively easy to spot, once you know what to look for. Bats are well known to roost in attics, so if you suspect a bat infestation, that’s the first place to investigate. Stains on your ceiling, squeaking sounds, and a pungent odor comparable to ammonia are all signs of the presence of a bat colony. In addition to those, there are a few other visible signs:

Of these three creatures, bats are the most significant carriers of disease and viruses, including Rabies, Ebola, Marburg and Nipah, just to name a few. While bats also do some positive things- they are great for mosquito control- they are definitely not the sort of pest that you want to take lightly if they have begun roosting in your home.

What Should I Do If Wildlife is in My Home?

If you suspect any of these creatures are present on or in your property, it’s something you’ll want to have taken care of before they buckle down and try making your home a permanent nesting ground. Our staff at A1 Pest Control has expertise in t​rapping and removing​ raccoons, squirrels ​and ​bats safely and humanely. After inspecting your property and giving a quote for removal, our pest tech will then trap and remove the offending pest.

Once the infestation is taken care of, we will also take ​exclusionary m​easures to make sure that the pest presence doesn’t return. Exclusion means finding places in your home or business that could act as entry points for pest access and sealing them; this will not only prevent your home from being re-invaded, but also act as a signal to other pests that your property is not accessible, which will discourage them from sticking around.

Concerned about other wildlife invaders? Learn about other threats in our blog “W​ildlife to Watch Out For​”.