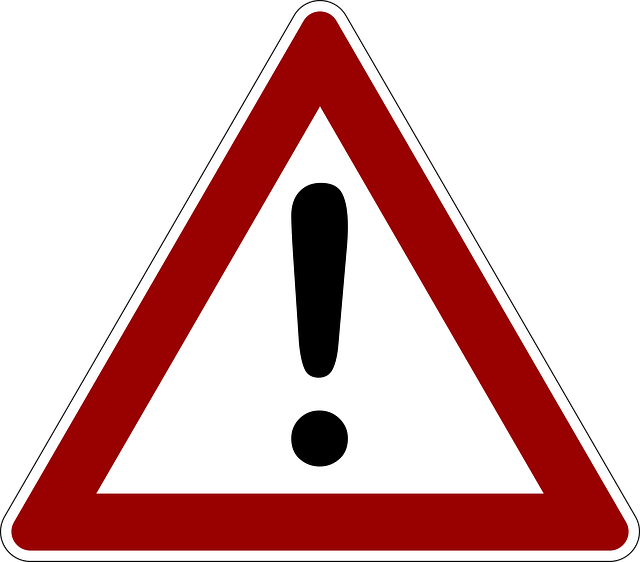 Some insects are just plain irritating. On the other hand, some insects can pose a real danger to humans through physical and economic harm. So which pests are significantly (or even life-threateningly) dangerous, and which are less dangerous? We put together what we’re calling the “pest danger index” to help you determine that.

Level 1 pests are the sort of pests that pose their own sort of danger, but they aren’t the type to pose a major threat. 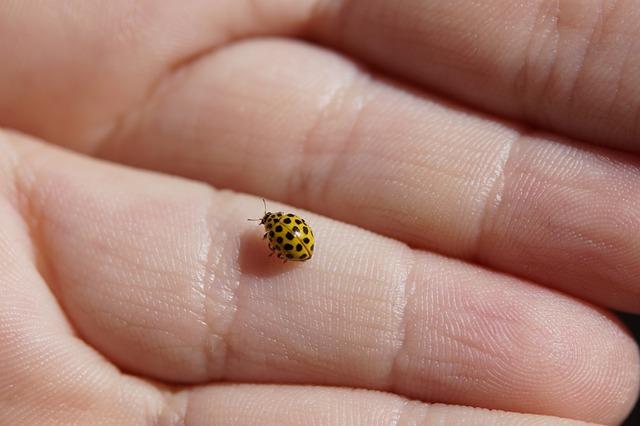 Ladybugs - Ladybugs don’t cause any sort of destruction, and they don’t bite or spread disease. They can infest your home in large numbers, but their biggest crime is just being an annoyance and an unwanted guest inside your home. Ladybugs eat all sorts of harmful garden pests, so ladybugs in your garden can actually be a good thing. 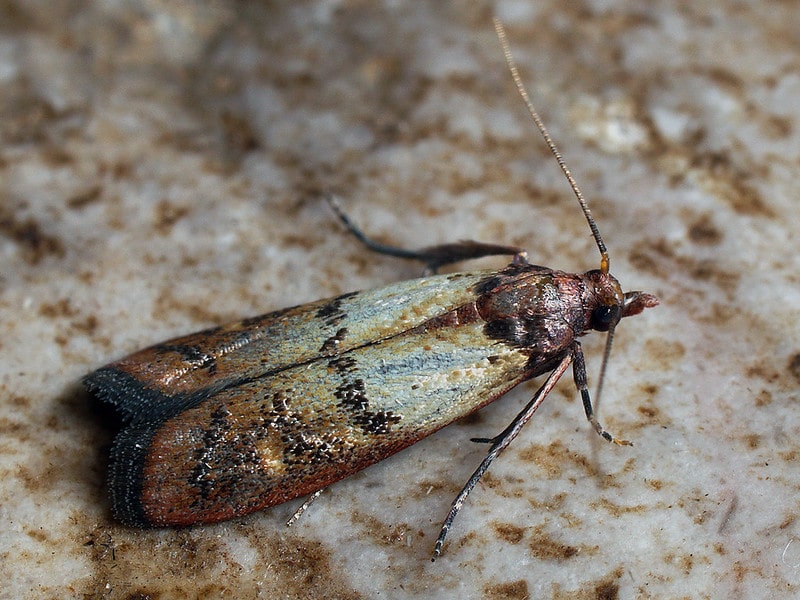 Indian Meal Moths - Sure, you don’t want Indian meal moths flapping around your home and causing trouble in your pantry. These moths can definitely be an irritant with their ability to contaminate food, but as far as pests go, they’re a nuisance and nothing more. 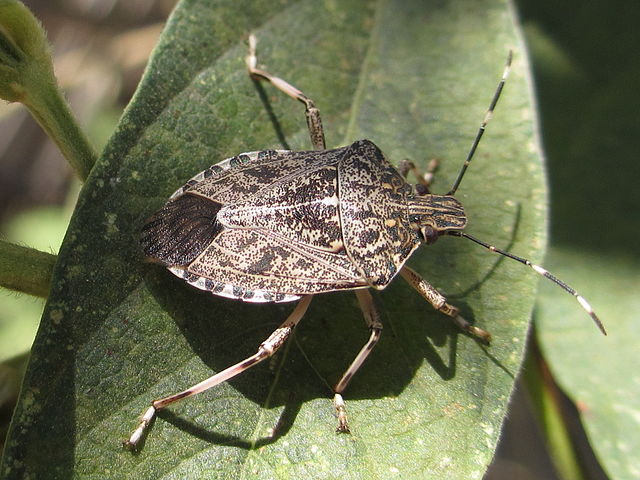 Stink Bugs - Stink bugs aren’t a direct threat to humans -- mostly they just, well, stink. It’s a bit of a different story when it comes to agriculture, as stink bugs can be a serious threat to crops. But as far as house pests go? Stink bugs aren’t much of a problem -- besides their smell. 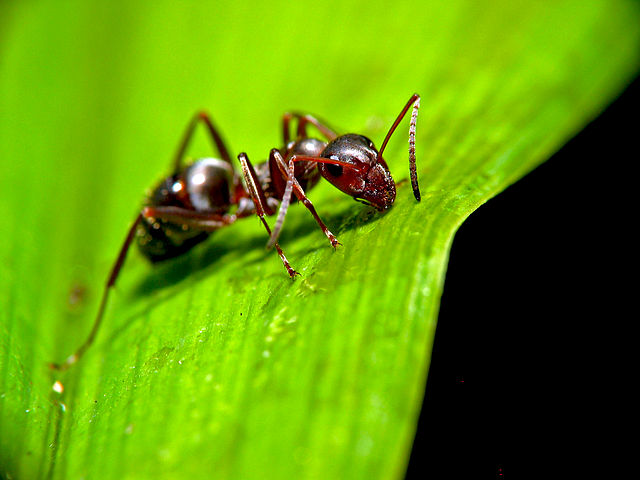 Most Ants - Excluding carpenter ants and fire ants, the majority of ant species that occupy homes pose hardly any threat at all. You still don’t want these insects wandering about your home, but they won’t hurt you and they aren’t big disease spreaders.

Level 2 pests pose some threats to humans, but for the most part, they aren’t major disease spreaders, health risks, or causing serious home damage -- although some can trigger allergies, which is no joke! 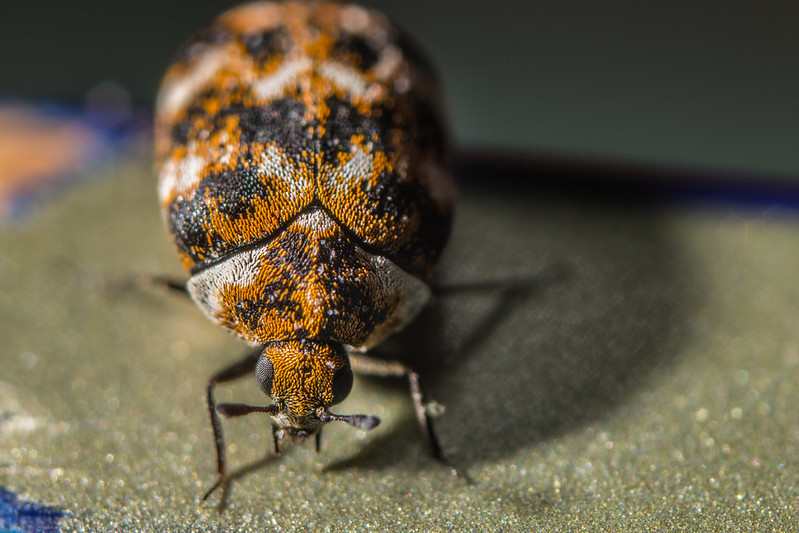 Carpet Beetles - For the most part, carpet beetles aren’t a big problem. However, they can contaminate food and cause damage to clothing, blankets, and carpeting. They can trigger allergies in some people, which puts them a tier above ladybugs, moths, ants, and stink bugs. 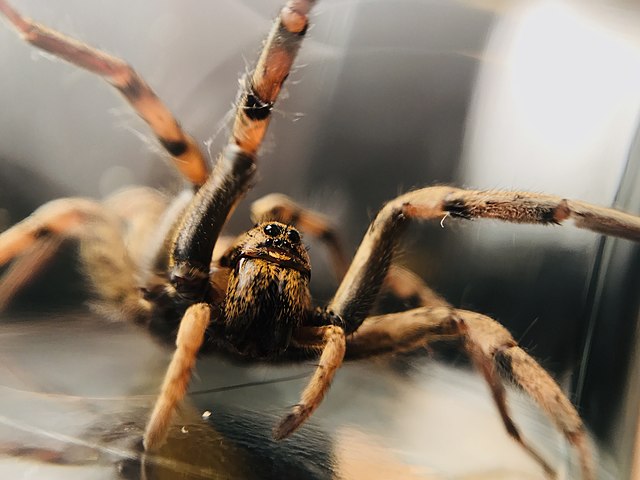 ("Wolf Spider" by Raphaël Poupon is licensed under CC BY-SA 4.0)

Most Spiders - Outside of black widows and brown recluse spiders, the vast majority of spiders found in North Carolina pose little threat to humans. In fact, these spiders can do a nice job killing any other, smaller nuisance pests that live in your home, because many of those pests are spider food. Still, as unlikely as it may be, there’s a slight chance that some spiders will bite you, and even though bites from most common house spiders can’t even puncture human skin, it still makes them marginally more dangerous than level 1 pests. 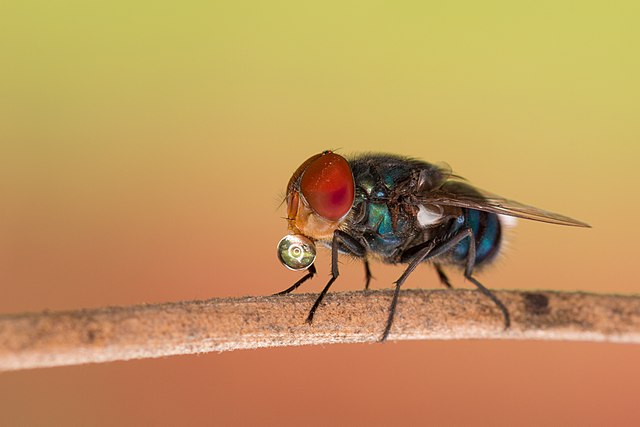 Flies - It’s true that flies can spread germs and bacteria because they do tend to hang out in unsavory places like garbage cans and sometimes even on feces. So obviously this is gross, but is it actually a serious threat? For the most part, no. According to a recent study, the amount of bacteria a fly can transmit to a person isn’t really enough to make them sick, with the exception being babies, the elderly, and people in hospitals with lowered immune systems. They aren’t a non-threat, but they don’t match up to the pests in our next section.

This group of pests moves out of the “slight risk” category and qualify as downright dangerous, capable of causing health problems for some. 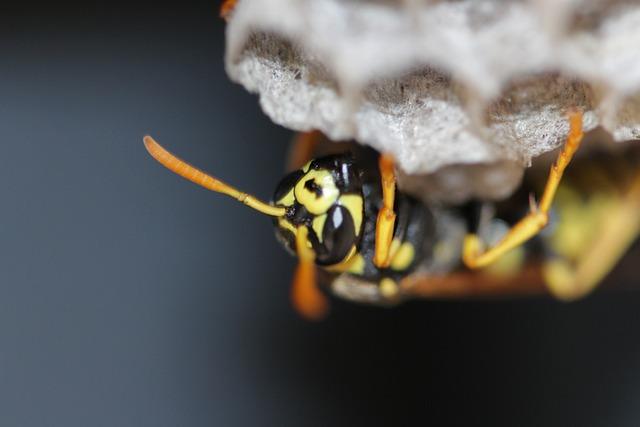 Stinging Insects - Although not every species of bee, wasp, and hornet are equally dangerous, on the whole, it hurts us to say that stinging insects are quite dangerous. Their stings can be quite painful and even life-threatening to those with allergies, and their nesting habits can at times cause serious structural damage to homes and other structures. They get a few bonus points for being the world’s pollinators, but that fact doesn’t make them any less dangerous. 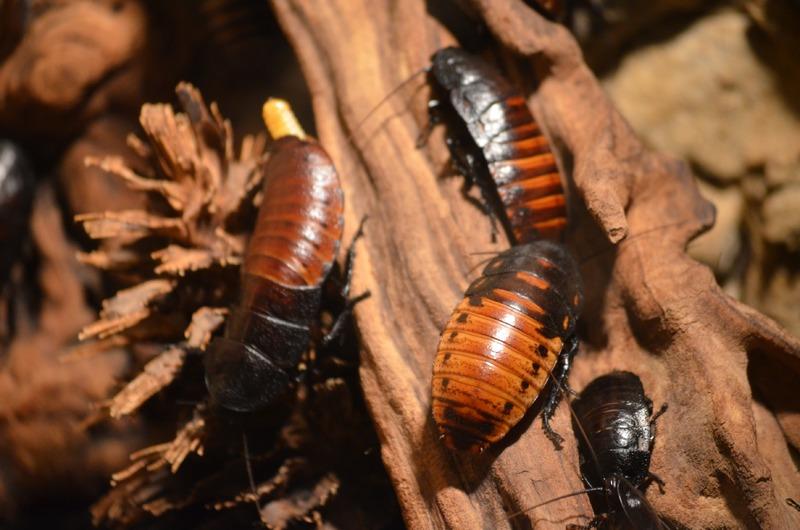 Cockroaches - Cockroaches might be one of the most hated creatures on this whole list, and for good reason: They are capable of spreading bacteria and disease because of their penchant for hanging out in dirty places, and can contaminate surfaces with that bacteria causing diarrhea, dysentery, and salmonella. They are also capable of triggering asthma attacks in asthmatic individuals, and top of all that, they’re sort of terrifying. 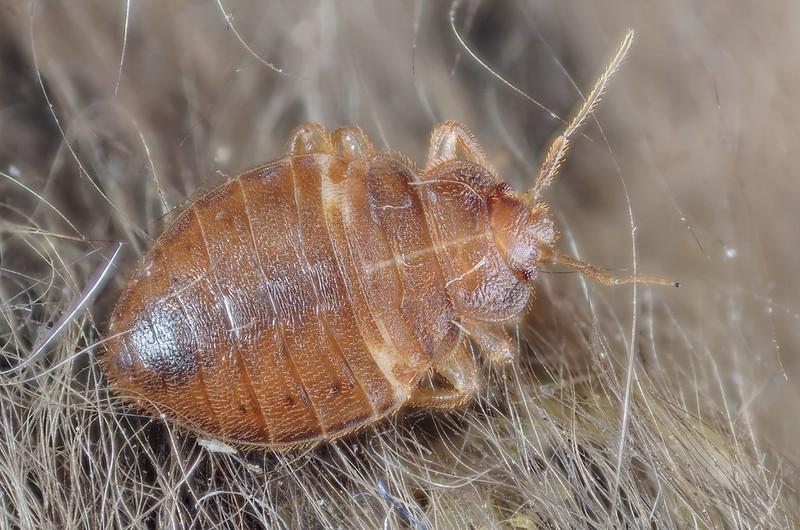 Bed Bugs - While it might seem strange to loop bed bugs in with some of these dangerous insects- they don’t spread disease, and their bites at worst cause an allergic reaction- we think the psychological effects of bed bugs make them nearly pretty dangerous. In fact, those psychological effects are significant enough that there have been entire studies done on them and their potential to cause PTSD. We think that’s serious stuff.

This category is reserved for the pests that can really do some real damage, whether that’s to a person’s health or to a person’s living space. In our eyes, these are the worst of the worst. 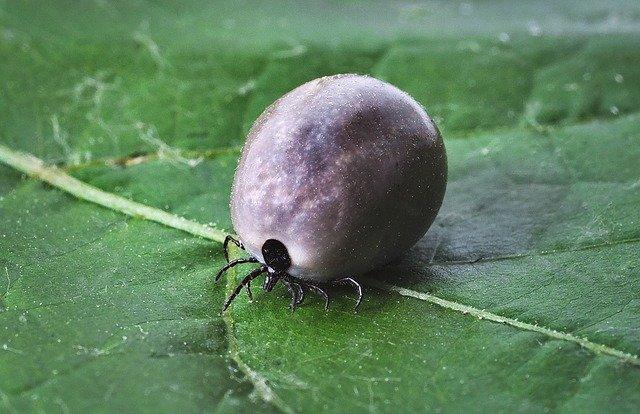 Ticks - Ticks are usually not all that dangerous to humans. In fact, chances are you’ve gotten a tick before, and it hasn’t really been much of an issue. However, ticks do carry a number of diseases that can cause various health issues- like Lyme Disease- and even some that can be fatal, like Tularemia. That doesn’t mean you should panic if you get a tick bite, but it does definitely make ticks very dangerous on the whole. 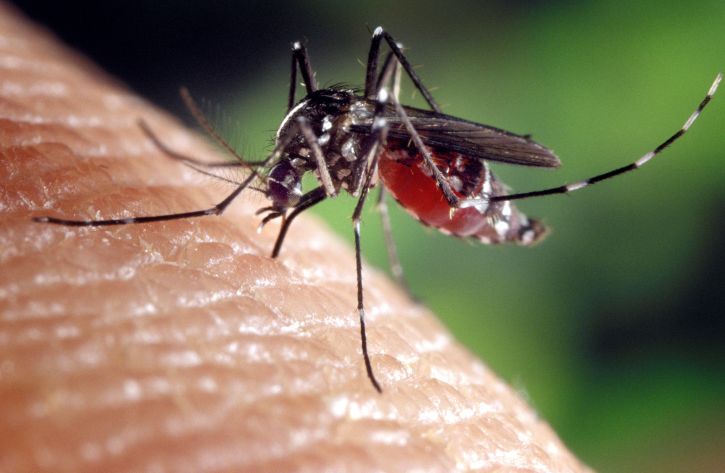 Mosquitoes - Mosquitoes are a lot like ticks: usually not a huge problem, but on occasion a major problem. They transmit a whole host of serious diseases, most notably West Nile Virus and encephalitis. So, while those itchy bites do not seem serious at first, they are worth avoiding if you can. 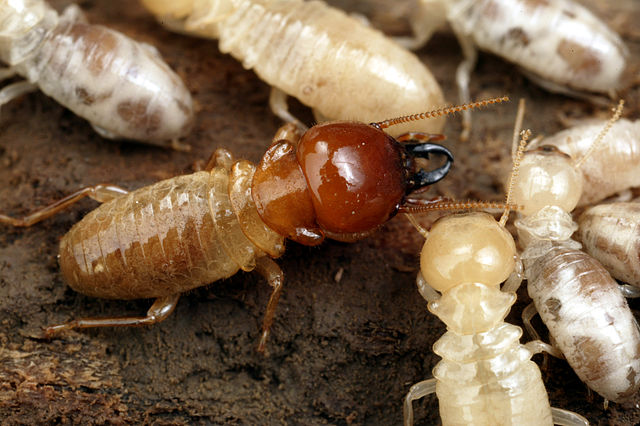 ("Giant Northern Termite" by CSIRO is licensed by CC BY 3.0)

Termites - Termites are a strange case, because you can go years with a termite infestation without even knowing they’re slowly gnawing away at your home. However, they are very dangerous insects for one simple reason: they can do serious and expensive damage to your home. It’s even possible for a termite infestation to get so bad that a structural collapse occurs. That financial risk puts them in the “very dangerous” category for us.

Are you having problems with any of these dangerous (and not-so-dangerous) pests? A-1 Pest Control can help! We can help you with treatment for each and every one of these invasive insects; just get in touch with us and we’ll help you with any problem that you’re having ASAP.