Spiders are not insects but rather arachnids.  They all have eight legs, two body regions, and multiple pairs of eyes.  They do not have wings, antennae, or chewing mouthparts.  While there are tens of thousands of spiders found throughout the world, there are only a handful that are considered common to North Carolina. 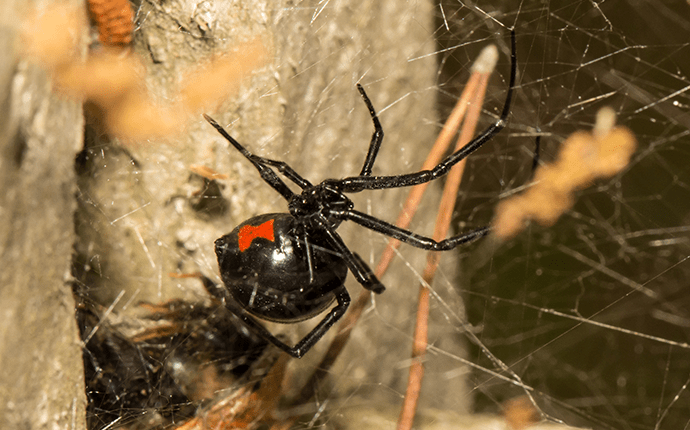 These venomous spiders are easily recognizable by the red hourglass-like mark on the underside of their abdomens.  Black in color, these arachnids also appear with lighter red or white spots on the abdomens and backs. 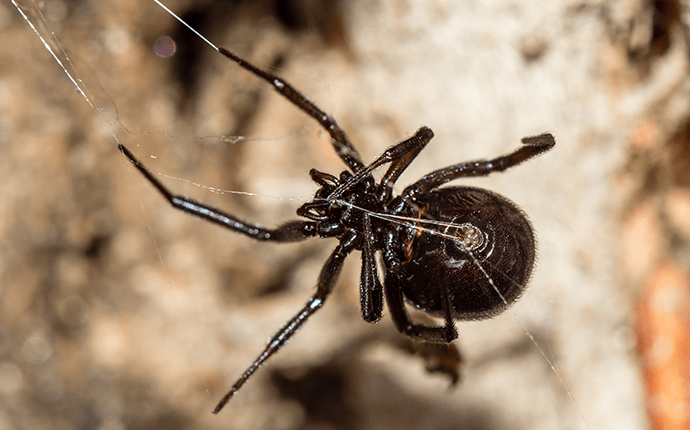 As their name suggests these spiders looks very similar to real black widow spiders, but they lack the distinctive hourglass-like markings. 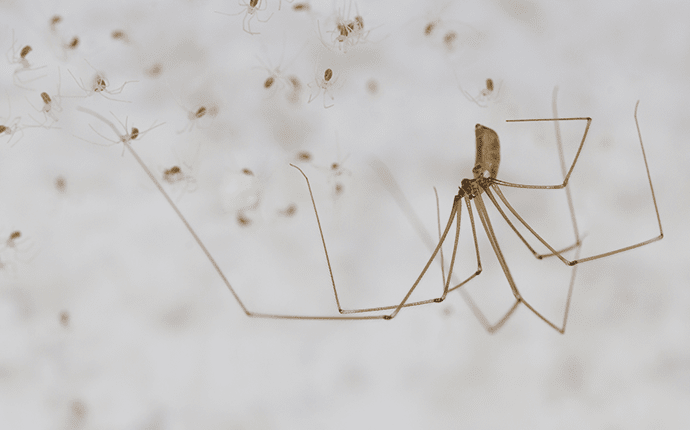 These harmless spiders are tan or yellow in coloring and have extremely long legs and abdomens that are cylindrical in shape and longer than they are wider. 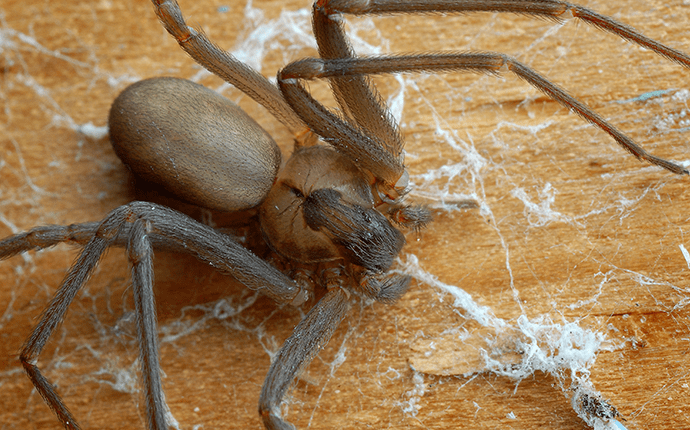 Another venomous spider, the brown recluse is known for its violin-shaped markings and brown coloring. 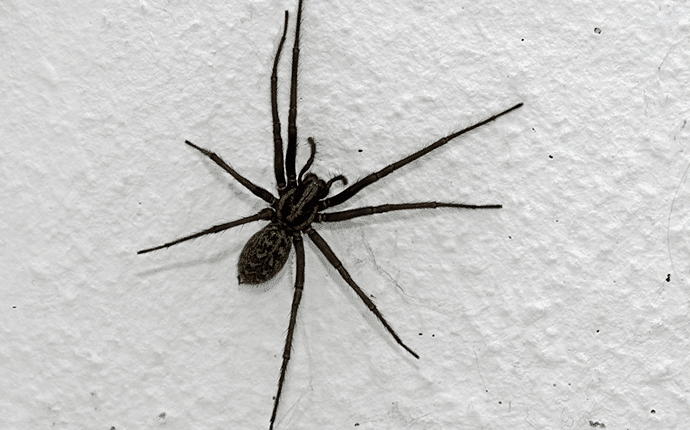 Large in size, the adult male giant house spider can have a four-inch leg span and the female up to two inches.  Their coloring varies, often dark orange, brown, or beige. 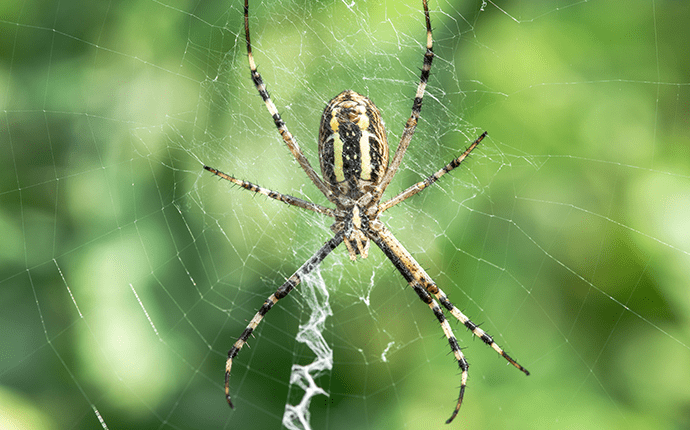 This type of spider varies in size and coloring, making them hard to distinguish from other spiders.  They do have hairy or spiny legs and are known for the spiral wheel-shaped webs they construct. 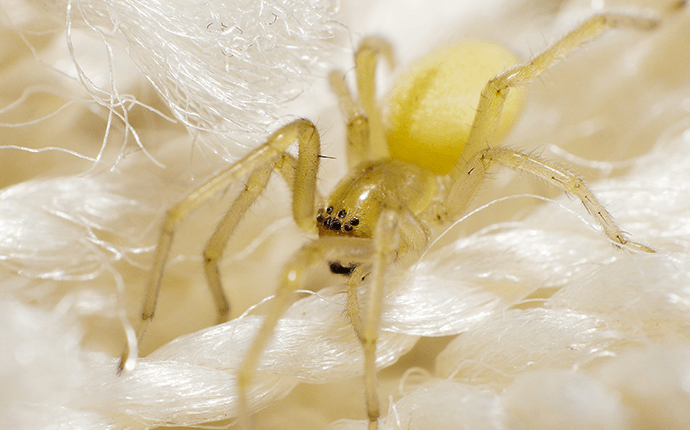 A smaller species with long thin legs, sac spiders are typically pale beige to yellow in color; they may also have a green tinge. 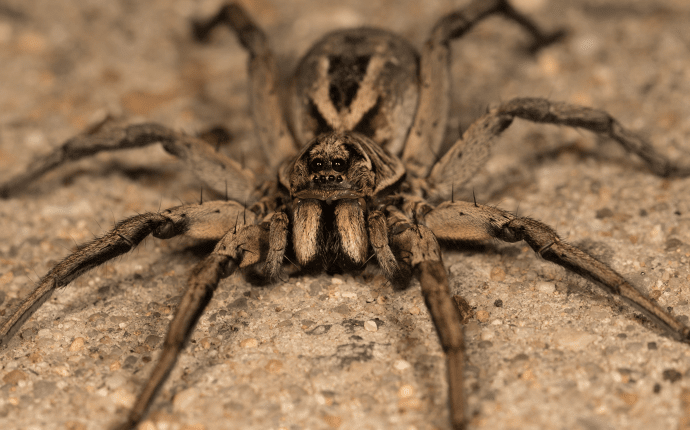 Dark in color, wolf spiders have stout bodies covered in hair and long, spiny legs.  They do not create webs but rather hunt down their prey.

Whether or not a spider is dangerous depends on the species.  In North Carolina, both venomous and nuisance spiders are present.  Bites from venomous spiders can be dangerous and cause serious health problems.

Which spiders are venomous?

Spiders are most often found living outside in places that include gardens, dense landscaping, woodpiles, tall grasses, underneath of mulch and leaf litter, and between rocks and stones. They are also commonly found living in outbuildings like sheds, barns, and garages. Spiders enter homes and buildings while searching for prey or in the colder months while looking for a place where they can overwinter.  If a home has an insect problem then spiders are also likely to show up for the prey.

How do you get rid of spiders?

The best way to get rid of spiders is to partner with a pest control company that has the knowledge and tools needed to eliminate spider infestations in both homes and businesses. For homeowners in North Carolina, we highly recommend implementing a year-round residential pest control plan that will take care of spiders and their food source.  Likewise, businesses should have an ongoing pest management program in place.

How do you keep spiders out of your home?

In order to keep spiders out, you have to ensure they don’t have the opportunity to get in.  To accomplish this, we recommend implementing the following spider prevention tips:

Recommended Program For This Pest

Home Shield Plus - Most Popular!

If you're looking for a home pest control plan that targets common house-infesting pests like little black ants and mice but want added protection from insects that make your outdoor living space less enjoyable, we think you'll like our Home Shield Plus.  Our most popular plan, it includes everything from the Home Shield plan PLUS fire ant control, seasonal mosquito treatments, outdoor flea and tick control, and stinging insect control.  Your pest control technician will conduct a thorough initial interior and exterior inspection and treatment to resolve current pest pressures and will return to service your home three more times throughout the year plus three additional treatments targeting mosquitoes and outdoor pests when they are most active.

Price is an estimate only and may change during inspection and pest pressures.

Want to Book Your Free Inspection Over the Phone?

Guarantee: If pests come back in between regularly scheduled treatments, A-1 Pest Control will come back FREE of charge to re-treat.

We explain to readers some of the ways that spiders are good, even if you don’t want them in your home.

Attempts to control pest populations is nearly as old as civilization itself. We educate readers on how some ancient civilizations dealt with pests.

How to Encapsulate a Crawl Space

If you have a crawl space in your home, there’s a good chance that you’re well aware of the troubles that they can cause, especially when it comes to attracting a host of insectoid…